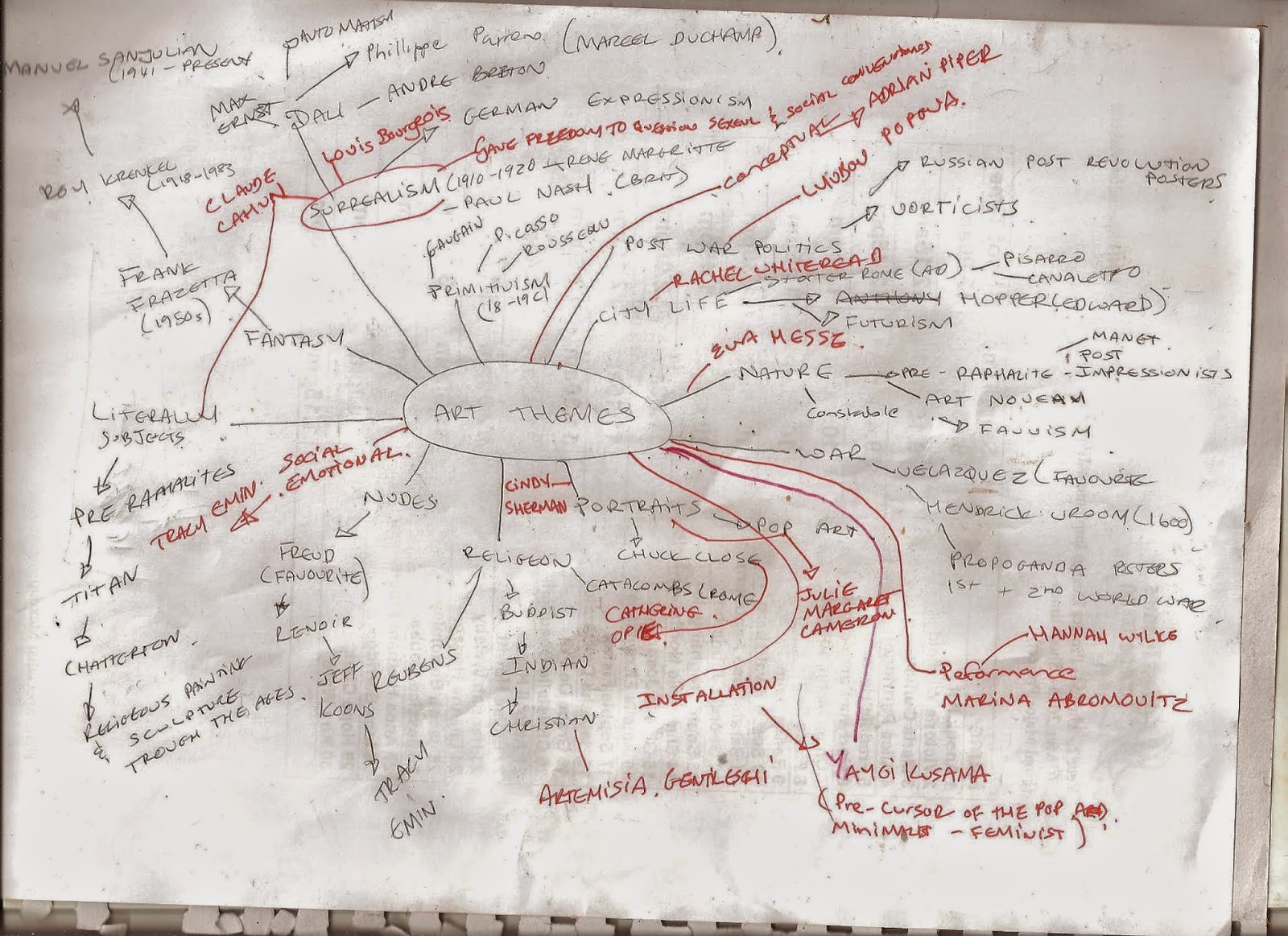 Mostly women contemporary artists on this map, ill be wanting to add more soon !!!
Posted by Unknown at 15:03 No comments:

MAKES YOU THINK DOESN'T IT !!!

It was not until 1993 that the first woman artist, Rachel Whiteread won the annual Turner Prize awarded by Tate gallery.

Until the 18th century, most female artists still originated from artistic families.


''The 18th century was marked by the rise of Academies which did not only determine the style but also took care of training artists. However, most women artists had little benefit from these Academies because the majority of them did not accept women. Most female artists therefore established themselves in alternative genres such as portrait painting and knitted goods. However, three women (two of which were among the founding members) gained access to the Royal Academy of Arts in the second half of the 18th century but they never gained an equal position to male artists due to emphasize on male nude model training which remained a major obstacle to female art students until the 20th century. Thus no women became a full member of the royal Academy until the 1930s, while the Royal Academy Schools started admitting women only after mid-19th century. Women were not able to study naked or nearly naked male models until the late 19th century when most art schools in Western Europe and the United States became more libera''

Rendering her female  subjects, unclothed, as they truly are.

ARE YOUR EYES WIDE OPEN OR CLAMPED CAREFULLY SHUT?

Look after yourself!
Get out the IPA and attempt to get them open ....
hold on
DANGER
not IPA
Don't try that at home!!!!

THE ALL SEEING EYE!!!


I am beginning to look at perception

(A) Awareness:  I see & understand